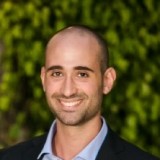 Yehu Horev received his B.Sc. in Chemical Engineering from the Technion – Israel Institute of Technology in 2009, after which he joined the Israel Defence Forces (IDF). During his military service, Yehu completed his M.Sc in Chemical Engineering under the advisory of Prof. Yachin Cohen in 2015. Since April 2016 Yehu is a part of Prof. Haick’s group, as a Ph.D candidate in the Technion’s Russell Berrie Nanotechnology Institute (RBNI).